“Gender Across Cultures” is the focus of the Penn Museum’s Second Sunday Culture Film Series, which begins Oct. 11. Two documentaries about Hawaii will be shown: “A Place in the Middle” and “Heart of the Sea.” The screening takes place at 2 p.m. in the Rainey Auditorium of the Penn Museum, located at 3260 South St. Museum admission applies ($15), giving attendees access to the museum’s exhibits. 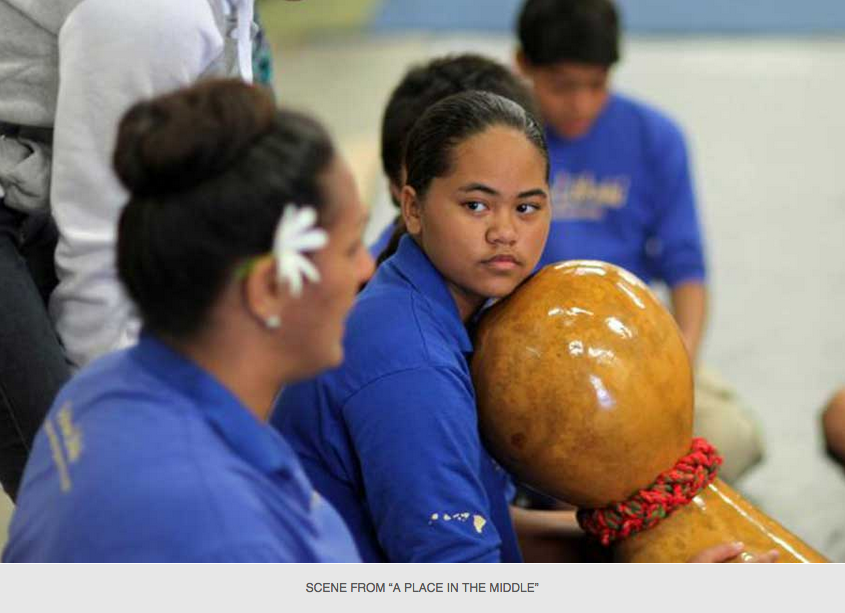 The film series is cosponsored by the Penn Humanities Forum and the William Way LGBT Community Center, among others. The theme, “Gender Across Cultures,” compliments the PHF’s yearlong exploration of the topic “Sex.”

There will be six screenings between now and March. All of the films are relatively recent documentaries that examine how gender is shaped and understood in various cultures. At each screening, a knowledgeable speaker will provide context and answer questions from the audience.

For Kate Pourshariati, curator of the series, these screenings are an excellent opportunity to see films that are not widely distributed.

“I usually try to find films that are really pungent and interesting but that haven’t been seen much yet or are not easy to stream online,” she said.

“Heart of the Sea” is a 2002 documentary about Rell Sunn, an accomplished female surfer who succumbed to breast cancer in 1998. Sunn, Hawaii’s number-one female amateur surfer for five years, was also a passionate advocate of traditional Hawaiian culture and an environmental activist.

As a woman equally comfortable dancing the hula and spear-fishing, Sunn confounded stereotypes.

“This person is really stepping outside of what was the normal, expected thing coming up, even in the 1960s, to not just be the girl on the beach watching the guys surfing,” Pourshariati said. “She stepped right into it, and she was a very strong, powerful person.”

That afternoon’s other film, “A Place in the Middle,” will be of particular interest to PGN readers. The 2014 documentary by Dean Hamer and Joe Wilson follows 11-year-old Ho’onani, a young girl whose goal is to lead the all-boys hula performance at the end of the school year.

Ho’onani is encouraged by her teacher, Kumu Hina, a transgender woman. Kumu Hina’s life’s work has been to reintroduce native Hawaiians to their traditional culture, which includes the concept of being “in the middle.” People “in the middle” possess both masculine and feminine traits and were traditionally accorded respect.

In one scene, Kumu Hina explains to the teenage boys why a girl, or wahine, is being included in a performance representing masculine spirit, or ku.

“You have a biological wahine standing over here in front of you because she has more ku than everybody else around here, even though she lacks the main essential parts of ku,” Kumu Hina says. “But in her mind and in her heart, she has ku.”

The concept of being “in the middle” is just one manifestation of a worldwide phenomenon, according to William Wierzbowski, who works as a keeper in the Penn Museum’s American Section. Wierzbowski is an expert on Two-Spirit culture among Native North Americans and will be on hand that day.

When Europeans first encountered Native Americans, Wierzbowski explained, they were surprised to meet people we would now call gay. These people lived openly within their tribe and were accorded great respect. French trappers and explorers called them berdache, which was slightly pejorative. That perception gradually shifted as Native Americans began to reclaim their heritage.

“It was Native-American activists who happened to be gay that coined this term Two Spirit, which basically means that the individual embodies within — and I’m going to speak specifically about males here — that embodies within himself both the male and the female. So it’s actually quite a beautiful, almost poetic term,” Wierzbowski said.

Being Two Spirit or “in the middle,” he added, is not limited to any specific sexual behavior. Instead, it encompasses a wide range of attitudes, practices and roles. Within traditional cultures, for example, people like Kumu Hina and Ho’onani could be said to bridge the male and female aspects of the universe, actually helping to bind it together.

Those are big ideas, but it should be noted that the two documentaries being screened are neither pretentious nor didactic. On the contrary, they are colorful, eye-opening and fun to watch.

Pourshariati hopes that the film series will prompt attendees to be more receptive and respectful of other people and to consider new ideas. But she also wants them to enjoy themselves. Movies are an ideal medium to accomplish both goals.

After a screening, Pourshariati said, “Everyone has something in common: You’ve already seen the film together, so now you can talk about it. I find that really invigorating.”